Continuing our series on Race and migration in the time of the pandemic, we publish here a piece by Nira Yuval-Davis and Catherine Rottenberg published yesterday by Al-Jazeera.

From the very start, a narrow-minded nationalistic agenda has shaped the way the UK Government has handled the Covid-19 pandemic. Not only has the UK refused to cooperate with the rest of the EU in coordinating the acquisition of necessary medical equipment, but it has consistently refused to take the global nature of the pandemic seriously. These decisions have resulted in an ad-hoc and completely inadequate response to the calamity, leaving close to 30,000 Brits dead so far.

Johnson and his ilk have failed to do much of anything efficiently during this unprecedented crisis: from the unfulfilled promise and continued failure to carry out mass public testing through bungling of the importation of necessary protective gear for front-line workers, to misleading the public about the number of deaths by omitting, until recently, those who have not died in hospital.

The Banality of Evil

Going back to Hannah Arendt’s notion of the ‘banality of evil’ may help us make sense of what is going on, only one would have to introduce an important twist to her claims.

Arendt first coined the phrase when covering Adolf Eichmann’s trial in Jerusalem for The New Yorker magazine. She invoked the term to describe how Eichmann, a key bureaucratic functionary of the Nazi party, carried out his technocratic duties without questioning their purpose. The term was meant to capture the specific way in which Nazi crimes against humanity had been committed in a quotidian, systematic, and efficient way, without these crimes being named or opposed.

Incompetence and Negligence as Evil

When certain national objectives are ostensibly prioritised but the mechanisms and actions to achieve these goals are repeatedly carried out incompetently—leading to human misery and death on a large scale—this, too, can and should be called the banality of evil.

Indeed, at least some members of the UK government who came to power to carry out Brexit, and who are currently hiding behind nationalist discourse and diverting all responsibility for their failures to ‘science’ rather than to their own ineptness, can be said to fit this bill. Their actions—or lack thereof—have to be called evil given their horrific human cost.

We know that many of these deaths could have been prevented, as the very low death rate in other countries that were more prepared, have robust public health services, and took swift and decisive action proves. Moreover, the fact that those dying are disproportionately vulnerable and racialised segments of the population suggests that many front-line workers: from health and care workers to bus drivers, grocery store staff and cleaning workers, many of whom are BAME, have been left unconscionably exposed to Covid-19.  This, to put it simply, is criminal, if not murderous, negligence.

Incompetence and negligence, however, have characterised the UK political landscape for quite some time, and this ineptness is inextricably linked to years of neoliberal austerity policies in which large sections of the public sector have been ruthlessly cut, privatised, and outsourced.

Today we know that experts had warned government officials that a dangerous pandemic was likely and that the NHS would not be able to cope without a dramatic increase in public funding. But the Tory Government simply ignored the warnings, whilst continuing to underfund and outsource health services.

And even though the acute shortage of private protective equipment (PPE) is the result of this inaction and privatisation, the Johnson administration has yet to intervene and ensure efficient procurement and distribution of equipment, leaving it, once again, to market actors, some of whom have gouged prices and profiteered from the shortage.

Such incompetence and negligence should also be considered a banal form of evil, since they, too, are intimately related to nefarious ideological and political priorities of governments, and are informed by the gruesome idea that some lives are expendable.

Just as in the case of Arendt’s efficient banality of evil, the Johnson Government’s repeated failures to act swiftly and effectively can and should be considered evil. 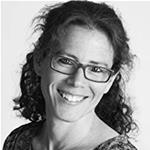 Catherine Rottenberg is an Associate Professor of American Studies at the University of Nottingham. 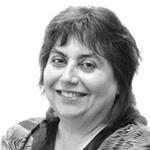 Nira Yuval Davis is Honorary Director of the Centre for research on Migration, Refugees and Belonging at the UEL.

Follow Social Scientists Against the Hostile Environment on WordPress.com